Press Packers provides sports journalism workshops for primary and secondary schools. Designed by a leading sports writer on The Times, the aim is to get pupils to WORK and LEARN as sports journalists, firing their imaginations while benefitting their literacy skills.

Rick Broadbent set up Press Packers after travelling around the world and seeing the way sport could be used a tool for social change. From speaking to teachers, parents and pupils, he realised many children struggle to engage with literacy. Combing his twin loves of words and sport, he thought sports writing could be the carrot to tempt them into learning. 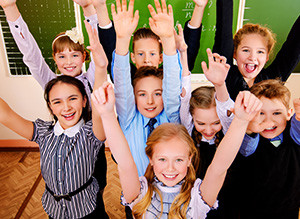 The 2012 Boys Reading Commission found that 60,000 pupils were failing to reach the expected reading level at the age of 11. That is the size of a big Premier League football ground. So what if those 60,000 were there? Press Packers brings the stadium into the class room.

Press Packers’ goal is to make writing fun. I know that some children struggle with literacy, and even actively loathe it, so I use sport to tempt them in and light their passion.

My philosophy is based on a quote from Gareth Malone, of ‘The Choir’ and ‘Extraordinary School for Boys’ fame. He said: “Boys respond to real things.” I agree and so the workshops will be based on real sporting events. During the workshops we will look at things such as making our writing more dramatic, the use of adjectives, metaphors and headline writing.

Each pupil will get equipped as a journalist with a reporter’s notebook, a press pass from a real sporting event and a press pack, which will include facts and figures about the event we are covering. We will then talk about the role of the sports writer and do the fun JOURNALISM quiz. 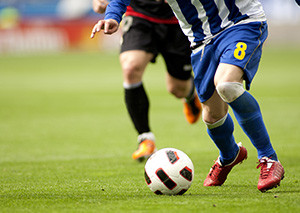 We will then watch a short video clip of a real sporting event. This might be an England football match or an event from the Olympic Games, depending on any particular preferences. I will help the pupils to make notes throughout.

Having watched the reports, the pupils will use their notes and press packs to write a headline and report onto a newspaper template.

I can then explain the best way to ask questions to a sports star after the event. This can be fun as will involve masks and role-playing as a pupil (or teacher!) becomes Jessica Ennis-Hill or David Beckham.

We wrap up with a Q & A about travelling around the world and working as a sports journalist.